Despite what you read in the newspapers, says William C. McDonnell, planning director for the Green Spring and Worthington Valley Planning Council (BALTIMORE, May, 1967), the council is not about to fold up and its ambitious plan for the orderly development and preservation of the scenic beauty of the prestigious valley country north of Baltimore is not about to be ditched. He refers to a recent article in The Sun which quoted William E. Finley, chief planner for James Rouse’s Columbia, as saying that the council’s Plan for the Valleys was a failure. “It’s true that Mr. Finley used the word ‘failure’ in connection with our plan,'” says Mr. McDonnell, “but what he really said was that unless we do certain things now, the plan could fail within a few years. He also said, and the article didn’t touch on this at all, that the principles on which Columbia is based are the same as those on which the Plan for the Valleys is based, that is, to accommodate and accept growth and development but to restrict it to areas chosen for development, thereby making it possible, both economically and politically, to preserve open space that would ordinarily be overrun by development. He said to his knowledge, our program was still the only one of its kind in the country and that it was, in his words, ‘absolutely top flight.’ But he said the pressures on the valleys are enormous and will get stronger as time goes on, and that unless we take steps to broaden our membership base, develop a better program of public education about what we’re doing, expand our multiowner agreements to cover up to 10,000 acres, add a full-time attorney and public relations person to our staff, investigate the possibility of setting up a special conservancy district and build a prototype to show that the kind of development we foresee under our plan is both possible and profitable – unless we take steps in all these directions, he said our plan would fail. He concluded by saying he though we had a chance.” Mr. McDonnell says the council is well aware of these problems which face it and is already moving in most of the directions outlined by Mr. Finley, who made his remarks by invitation at a membership meeting of the group. For example, a membership drive at the end of last year picked up an additional 60 families, bringing the total to 355, a new high. Last month, the council reorganized its governing body to represent the members on a more equitable and broader basis, and other oranizational

[sic] changes were made to clarify the council ‘s tax-exempt status and make it more susceptible to the receipt of funds from foundations and other groups interested in planning and the preservation of scenic beauty. The council has been instrumental in getting the county moving on the development of a Planned Unit District Ordinance, similar to that which was developed in Howard County for Columbia, but on a much smaller scale; development would be governed by overall gross density for a given tract of land and some commercial uses would be permitted to serve the housing that was built. The number of developers and landowners who continue to consult with the council to see how their holdings would fit into the plan is encouraging to Mr. McDonnell and a sign that the plan’s influence is at least holding its own. And, now in the process of organization is an advisory committee for the council to be made up not only of council board members but the presidents of the 37 community organizations in the 75 sq. mi. plan area and, hopefully, some public officials as well. All these are signs that the council is moving in the right direction, believes Mr. McDonnell, but he admits that in any pioneering effort such as this there are some mighty big hurdles to overcome. One of the biggest – one which Mr. Finley decribed [sic] as a gun at the council’s head – is continued pressure on the county to extend the Jones Falls sewer line to the area of Green Spring Valley and Falls Roads. This would open up the whole floor area of the valley to the kind of development the council is fighting against, says Mr. McDonnell, and would in fact spell its doom. So far the council has been successful in countering the pressure to bring a major sewer into the valley, but the issue is by no means sett led. Mr. McDonnell, however, is hopeful: “Although we as Baltimoreans often consider ourselves as being fairly parochial and slow to act, it’s a fact that within 20 miles of the city we have three of the major innovative projects in planning in the country. The first is Charles Center, which when it was introduced in 1957 nobody said would come to be. Then there’s Columbia, and when Rouse announced it people said he’d never be able to do it. The third thing is – if those two projects can get off the ground in Baltimore, why can’t the Plan for the Valleys? 1 think it can.”

Mr. Warren’s profession
We couldn’t have picked a better photograph to illustrate our story about the valleys than the one below: the work of Marion Warren, the Annapolis- based professional whose work so frequently ornaments our pages, it was taken at Sagamore Farm, and it has been exhibited at many shows. We feel we owe Mr. Warren something of an apology, although he doesn’t. In our last issue, it was the Warren lens which looked at Midshipman Petrino in our story about the forces which shape a middie; in the deadline rush, the Warren credit line was omitted.

Read the article complete with photos in its original format. 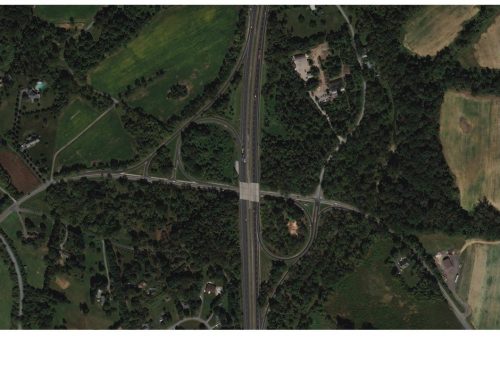 Elizabeth Letts talk on “The Ride of Her Life”