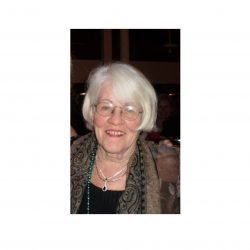 VPC presented Ellen Harvey Kelly its prestigious McHarg Award at its annual meeting on May 12 at St. Thomas Church in Owings Mills. Ellie Kelly is a dedicated land conservationist who has worked for over 40 years protecting the state’s Program Open Space (POS) funding. Maryland is now a leader among all states in land preservation and this is due in large part to the hard work, determination and perseverance of Kelly. She has helped to improve the quality of life for all Marylanders.

Ellie received this award for her lifetime efforts to preserve open space and fight urban sprawl.

“She has been a role model for all of us at the Valleys Planning Council, having led by example and using the tools available to protect the land,” remarked Henry Jenkins, VPC board member. “Ellie rolled up her sleeves in Annapolis every year to fight for a fully funded POS, and has gotten results” Ellie has led efforts to prevent these dedicated funds from being diverted to other unrelated program by the General Assembly. Some administrations took all the POS funds and left no money for preserving of open space.

In 1969, the Maryland General Assembly created POS through the institution of a transfer tax of 0.5 percent on every real estate transaction in the state. This program is constantly threatened. Despite its incredible track-record, the positive cash-flow of the transfer tax is an obvious target during budget deliberations in Annapolis. This year Governor Larry Hogan signed HB 462, a bill that restores and protects state funding to transfer tax-funded land conservation, preservation and recreation programs.

A longtime preservationist, Kelly has been involved in the environmental movement since the 1960’s. She served on the Rachel Carson Council, National Parks and Conservation Association, Irvine Nature Center, The Nature Conservancy/Maryland Chapter, the Governor Harry Hughes Litter Control Commission, and she served as Legislative Chair for the Federated Garden Clubs of Maryland and was a founding board member of Scenic America. She has also been involved for four decades with the Maryland Environment Trust (MET), the statewide land trust, and as trustee emeriti, chairs its “Keep Maryland Beautiful” committee.